In November 2020 the Football Foundation announced its intent to start implementing the recommendations set out in its local football facility plans (LFFPs), which cover the whole of England, as ‘representing a landmark for the grassroots game’. To do this it will work with local councils and other partners to put the proposals set out in the plans into place. 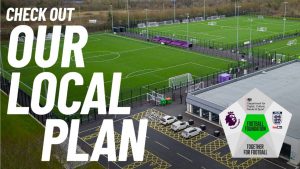 Over a two and a half year period KKP reported to a steering group comprising the FA, the DCMS, the Premier League and Sport England/DCMS, providing an extensive research, consultation, data collection and analysis process to ensure that the 318 individual LFFPs produced and the overall national dataset generated is as detailed and accurate as possible.

The LFFP project, the largest of its type ever undertaken in the UK, illustrates KKP’s capacity, expertise and knowledge, along with our extensive experience in consultation, data handling and analysis. The process involved working with colleagues in every local authority in England, some 50 area-based county FAs, 2,000-plus grassroots football clubs, and an extensive array of stakeholders and interested parties.

In addition to enabling the FA and partners to estimate the net cost of bringing the nation’s football facilities up to standard and the national requirement for additional 3G pitch provision, the plans encompass a range of smaller, local community-facing proposals designed to cater for football and other sport/physical activity needs in key neighbourhoods. The process has identified 5,000-plus individual projects, including improvement of grass pitches, installation of new 3G football turf pitches, redeveloping clubhouses and the creation of small-sided venues.

KKP is presently working with Active Black Country on four such projects, in the process assisting the Football Foundation to refine and develop its community engagement toolkit.

As Robert Sullivan, chief executive of the Football Foundation, noted: “Every local authority (now) has an agreed list of specific pitches and clubhouses to build or improve in their area… LFFPs are the road map to a transformation in how every player enjoys the national game.”